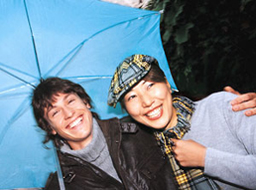 FICO® Insurance Scores use the credit information from your credit report to assess whether you're more or less likely, compared to other consumers, to have insurance claims in the near future that will result in losses for the insurance company.

To develop the formula or "model" for credit-based insurance scores, FICO uses a rigorous statistical methodology and applies it to depersonalized credit data for millions of consumers along with data on many millions of dollars in insurance premiums and losses. As they develop the scoring model, FICO scientists use advanced technology to empirically determine the correlation of hundreds of credit variables (for example, the number of times a consumer has been reported 60 days late by a creditor), with later insurance claim performance.

Only those credit variables determined to be most predictive of future insurance losses are used in FICO models. The finished models are installed at the credit reporting agencies for their use in calculating scores for insurers. To ensure higher accuracy, FICO builds separate models for the major forms of both property insurance and auto insurance.